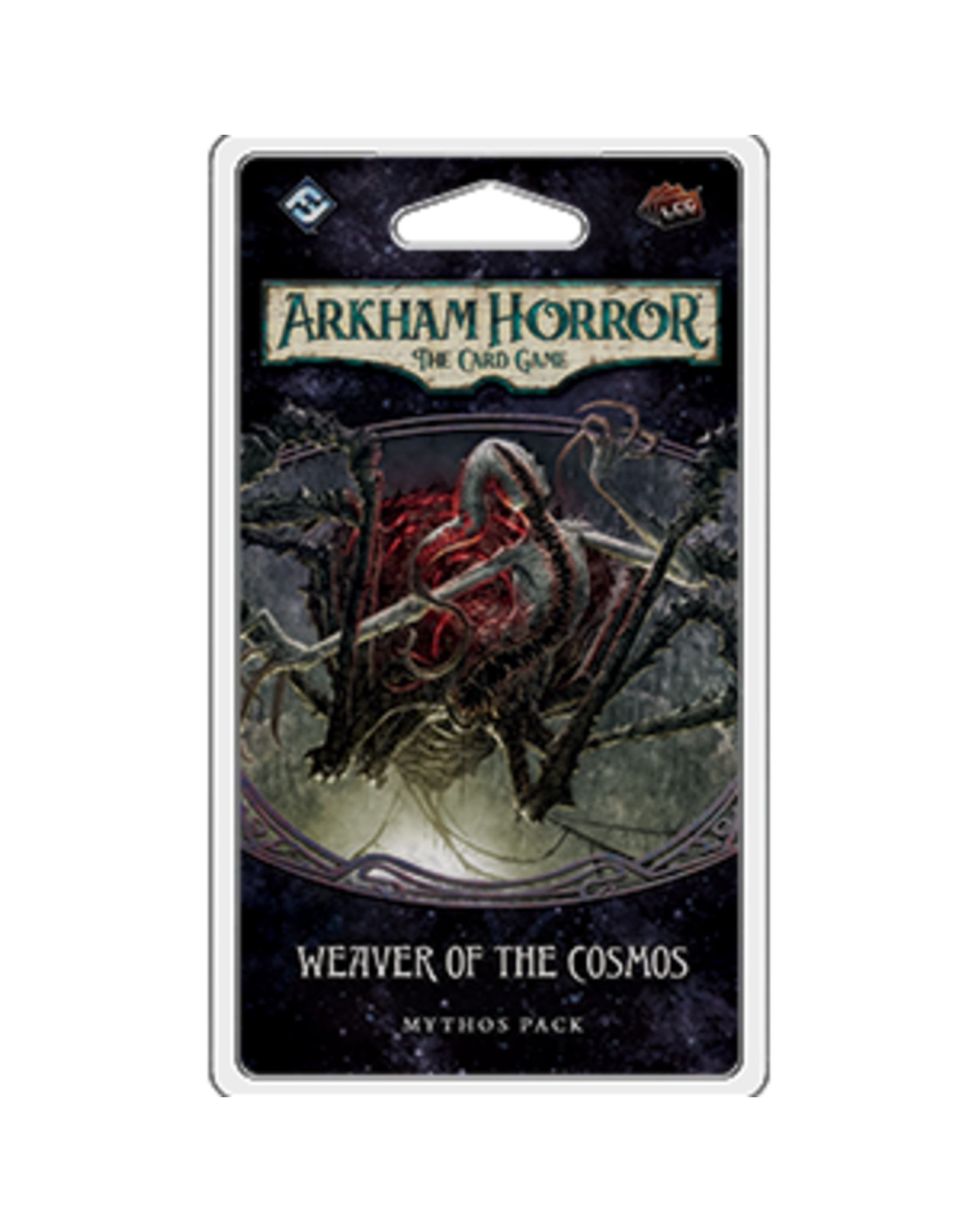 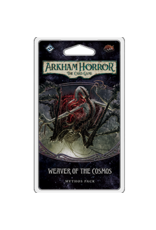 Weaver of the Cosmos is Scenario 4–B of The Web of Dreams campaign for Arkham Horror: The Card Game. This scenario can be played on its own in Standalone Mode or combined with the other expansions in The Dream- Eaters cycle to form a larger four-part or eight-part campaign. After the events of Point of No Return, you have finally reached the perilous nightmarescape that you have been led to since the very beginning. Everything has led to this— Virgil’s writings, your companions’ unending sleep, the black cat, all of it. This transdimensional space is home to a spider creature that would obliterate your world and replace it with a new reality. If you cannot stop it, there will be no Earth left to return to, no escape from this hellish dream, and the Dreamlands will be lost as well. You have no choice but to fight.

This is not a standalone product. A copy of the Arkham Horror: The Card Game Core Set and The Dream-Eaters deluxe expansion are required to play.