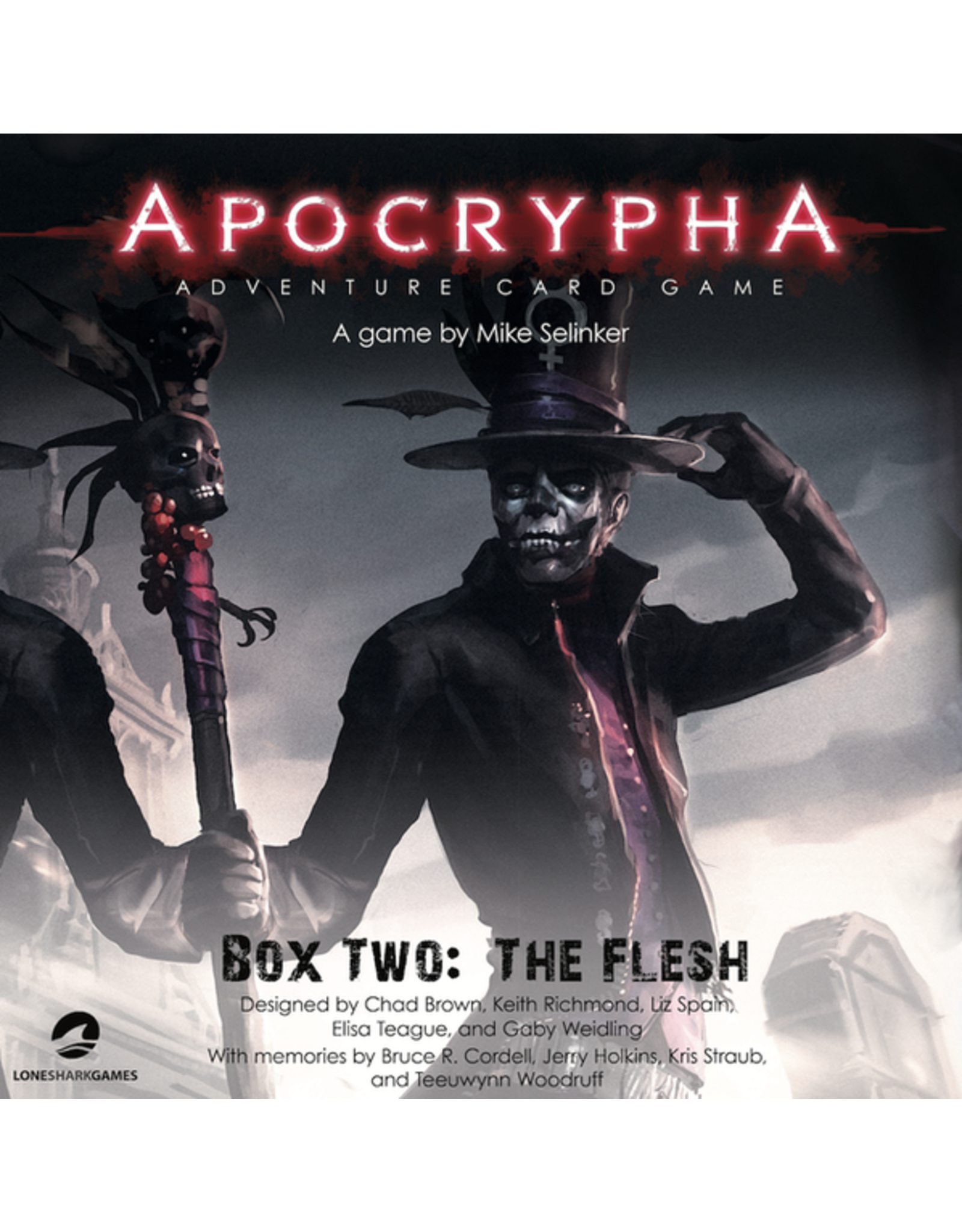 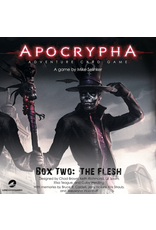 THE FLESH IS WILLING.

Rotting creatures pouring out from an oil well. Faeries on motorcycles and carnival rides. Flying drones marshalled by a monster mad of clay and wires. Flesh-eating bacteria worming their way into your nervous system. Just another day on the edge of the apocalypse.

The Flesh is an expansion for the Apocrypha Adventure Card Game that can be played as a co-op card game for 1-6 players or a full roleplaying game with one player acting as a guide. It requires The World base set to play. 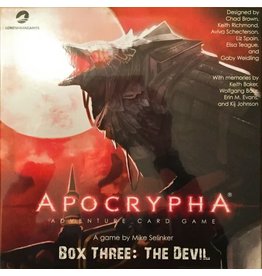