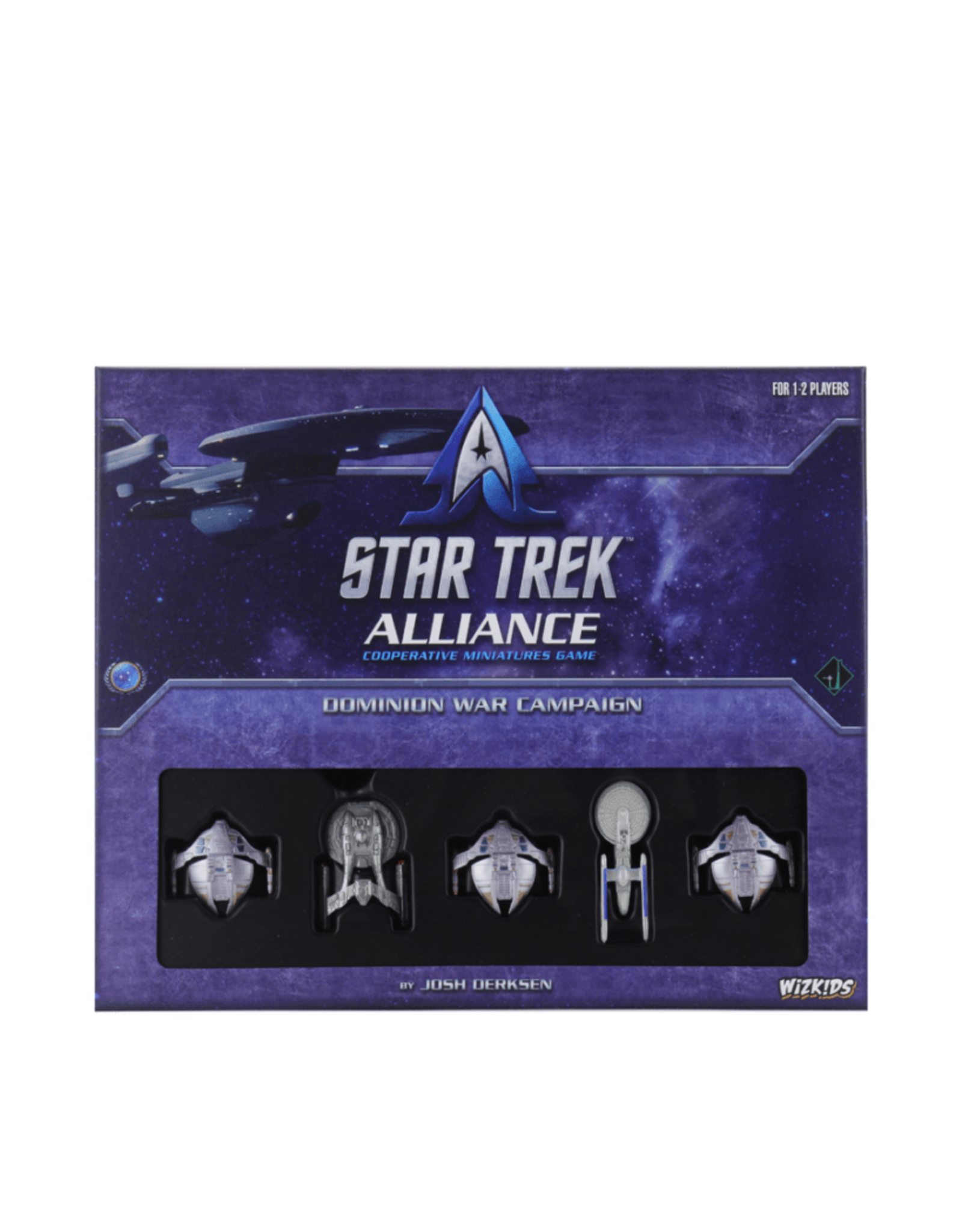 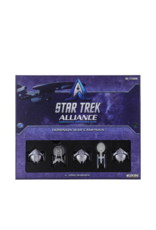 One or more players will create their own Federation captains, form a task force, and work together to defeat the Dominion over a series of campaign missions. This box contains everything one or two players need to play the full campaign, including pre-painted plastic ships, custom dice, cards, tokens, and a 6-mission campaign book. With multiple copies of this set, up to six players can fight the Dominion together!

During each mission, players battle against enemy ships controlled by the game, while completing objectives to earn experience points. Between missions, players spend experience points to upgrade their ships and advance the overall campaign, building their captain into a Starfleet legend!

The Star Trek: Alliance ships and upgrades from this set are also compatible with Star Trek: Attack Wing.